Recently, I had one of those days wherein by the end of the day, you’ve screwed up so many times that you despise yourself and it seems like the only possible way to redeem the day is with a bit of plumbing. Hence, I proceeded to jam a scrub brush down the drain of my bathroom sink, where it became firmly stuck. I can’t get it out. It’s still in there. 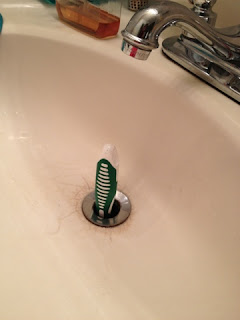 In other news, here are some of my favorite descriptive and/or character development moments from John Bellair’s The House With a Clock in Its Walls (Puffin Books, 1973, illustrated by Edward Gorey):

The last clock to strike was the grandfather clock in the study. It made a noise like a steamer trunk full of tin plates falling slowly and solemnly down a flight of stairs. (16)

Lewis thought a lot about the stained-glass windows and the coat rack. Were they magic? He believed in magic, even though he had been taught not to. His father had spent one whole afternoon explaining to Lewis that ghosts were caused by X rays bouncing off distant planets. (27)

He watched the cannon ball as it whizzed toward the Duke’s galleon. It looked to him like a tiny insane harvest moon. (77)

The bell rang again. It sounded like a whiny person insisting on some stupid point in an argument. (116-7)

The door rattled open, and a freezing wind blew in over his bare ankles. There stood his Aunt Mattie, who was dead. (117)

Finally, as long as I’m showing y’all pictures of my bathroom, here, atop my toilet, is a beautiful candle metamorphosis, which took place over the course of a couple of months. 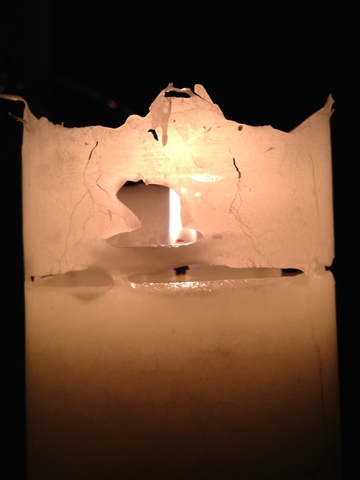 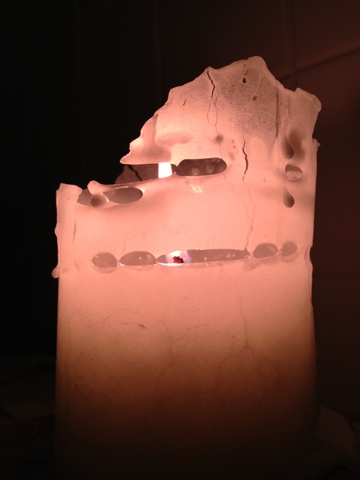 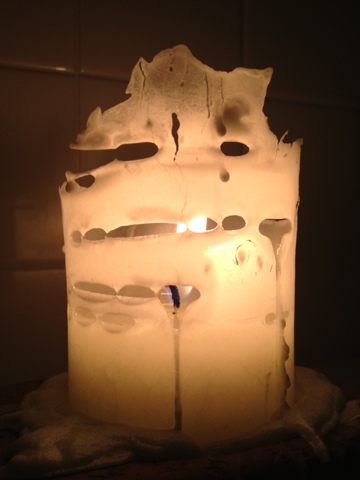 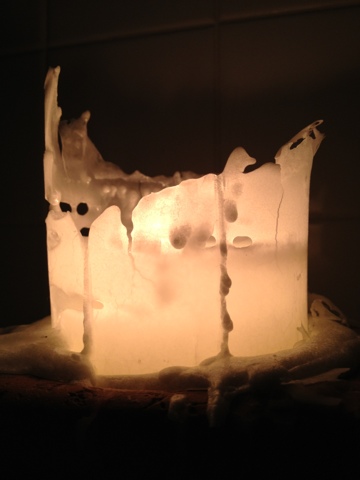