Getting rid of stuff is, of course, one of the great pleasures of a move. Just dropped off at the Used department of Harvard Book Store: 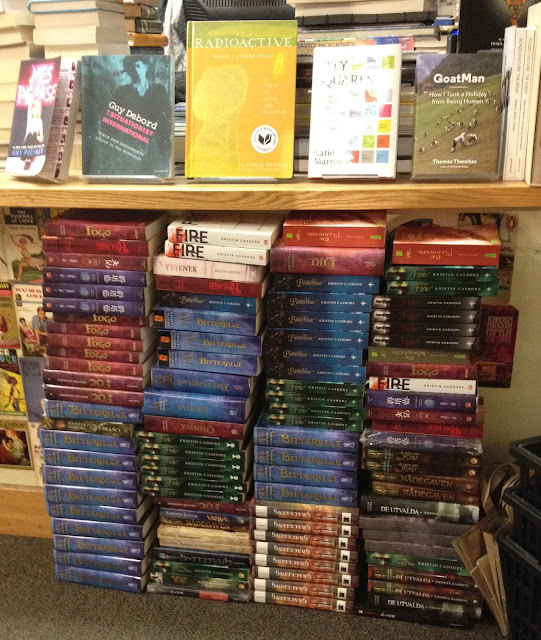 Copies of my books in lots of languages, including a few in English. They won’t put everything on the shelves right away, so if you’re curious if anything specific is available, ask at the desk, or email usedbooks@harvard.com.

Thanks to Steve, Emily, and Jenni for your help with my piles of books. Extra thanks to Steve for helping me lug them! Thanks also for the packing boxes :o)

In other news… I regularly play Scrabble on my phone, against the expert computer. Maybe I average one game a day (maybe more). When I first moved from playing the advanced computer to playing the expert computer (which is the highest setting), I probably got destroyed for the first ten or twelve games… but I learned from it. After that, I started to win. Now I win about half the time. But it has always been, and continues to be, a frequently ridiculous endeavor. Below, please see Exhibit A: my current game in progress. 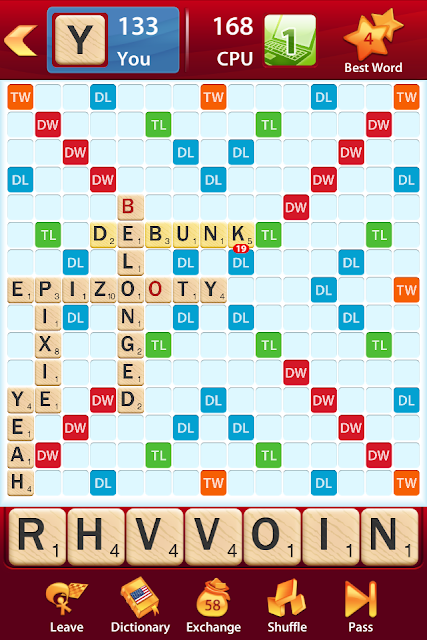 Saddled with three i’s, I then put down “pixie” for 30 points. Computer put down all seven letters, spelling “belonged” on TWO double word scores, for 86 points. At this point, after two turns, Computer’s score was already 149.

At least Computer was forced to waste its k on a 19-point word. We’ll see what happens next. But seriously. Epizooty???

epizootic, epizootyn
a disease affecting many animals at the same time; an epidemic amongst animals. — epizootic, adj.

I hope all my readers are doing well today and that none of your animals are experiencing any epizooties.