A friend expressed curiosity about what my responsibilities are on this sort of trip, so I thought I’d explain a bit more. The work thing I do most on a trip like this is press interviews. This can range from my press conference in Bologna a few years ago (to which a knight in shining armor accompanied me, then stood guard; Italy, I love you) to, more often, me in a room with a journalist (and possibly someone from my publisher, who may be serving as translator). The day might involve quite a few such interviews, with newspapers, magazines, online journals. There might be a picture portion, too, where, for example, I stand on the streets of Barcelona reading my own book in Catalan while someone takes pictures (which is of course very realistic, because I do that sort of thing a lot ^_^).
I also have some appearance events that aren’t public. Yesterday I spoke to about 400 youth in Kristianstad, for example.
Here are photos from Kristianstad! I’m posting this on an infuriating iPad (not mine), so here’s hoping this isn’t a mess.  The first few are from the beautiful church, where it was very hard to capture the scale… 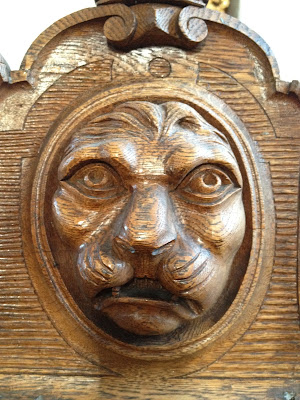 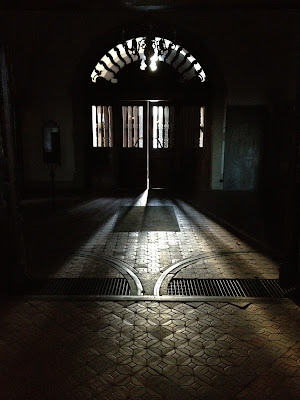 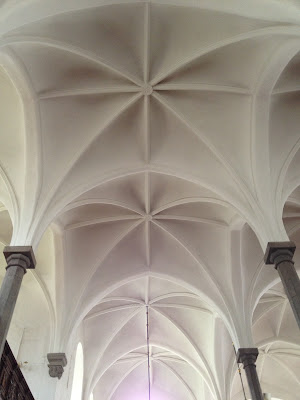 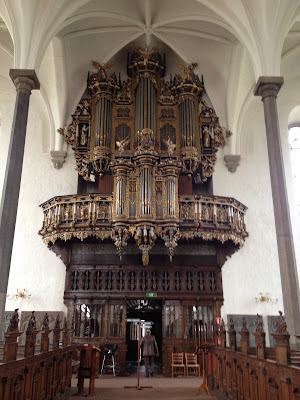 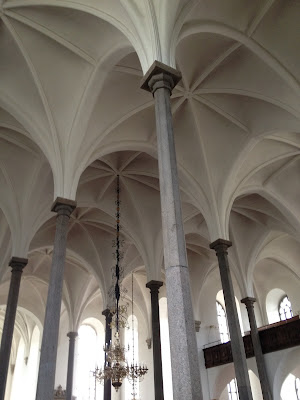 In the streets, people were selling used books in association with the book festival. 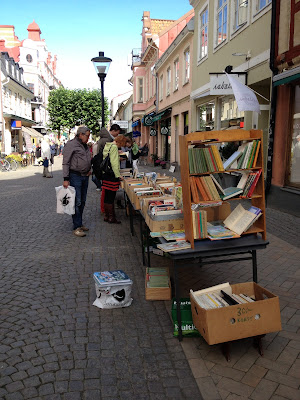 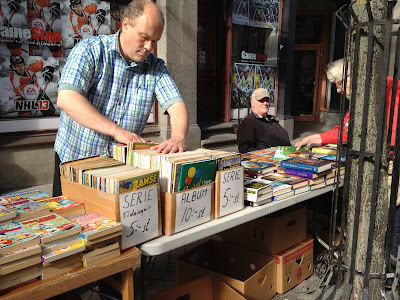 The Kristianstad Library has a book bus! 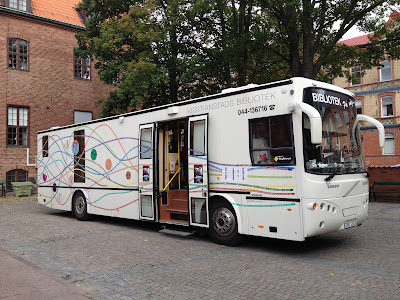 Now I’m in Copenhagen, wondering why no one’s ever told me how stunning and fun Copenhagen is. More soon on that.