So we learned how to cut things with lasers! 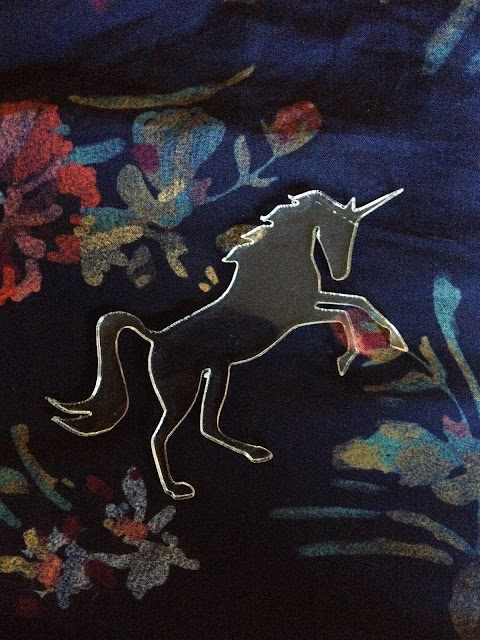 That magnificent creature was cut by me using Asylasaur, the 100W CO2 laser cutter at Artisan’s Asylum in Somerville, MA. Before you get too impressed, it it was NOT designed by me. The human designer and the carbon dioxide laser did a lot more work than I did; I basically pushed a piece of acrylic around, clicked on a few settings, and pressed a button.

Here’s Asylasaur, the laser – or, the left side of it, anyway. 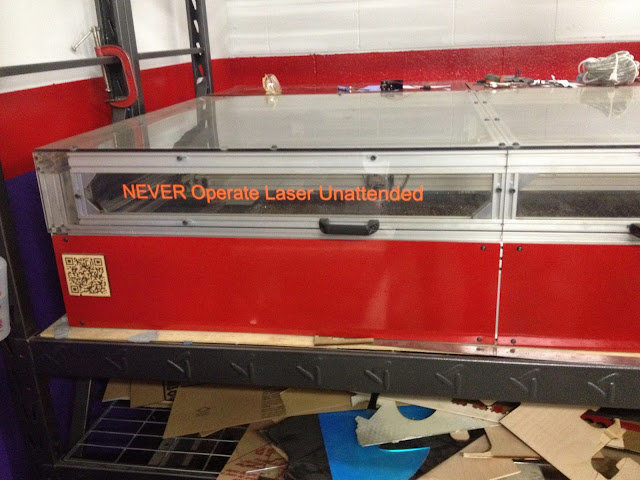 The reasons you should never operate a laser unattended include freak things like something going wrong with the laser so that it aims in the wrong direction, but really, much MUCH more likely, fire. A laser cuts through flammable things, like paper and wood, by vaporizing them. If you thought your dryer was a fire hazard, consider that at least you’re not vaporizing your laundry.

Unfortunately, I was so focused on learning how to use the laser that I didn’t get a lot of pictures. But basically, the top opens, and you place things you want to cut (wood, paper, leather, acrylic) inside it as if it were a very, very big scanner…

In back is the long, horizontal tube that creates the laser itself. A series of mirrors bounces the laser around the insides, directing it to the head, which then directs the laser to the object you have placed there to be cut. Please note, this is a completely inadequate description that skips many steps. 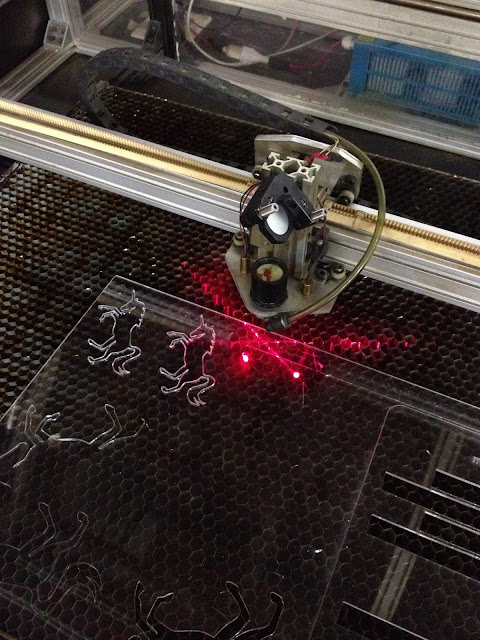 The crosshairs in that picture indicate where the laser will begin its next cut. You send commands to the laser using the computer console nearby. Once you’ve turned the laser on, there’s a lot of noise, because it has an enormous exhaust system for removing the gaseous nastiness created by vaporizing things like acrylic, leather, paper, or wood. And indeed, the process was a bit stinky! Also, bright. After a while, I decided to STOP watching the laser while it was cutting :o)

Naturally, you have to close the protective door before the laser begins cutting, so my picture of the actual cutting process isn’t so great… 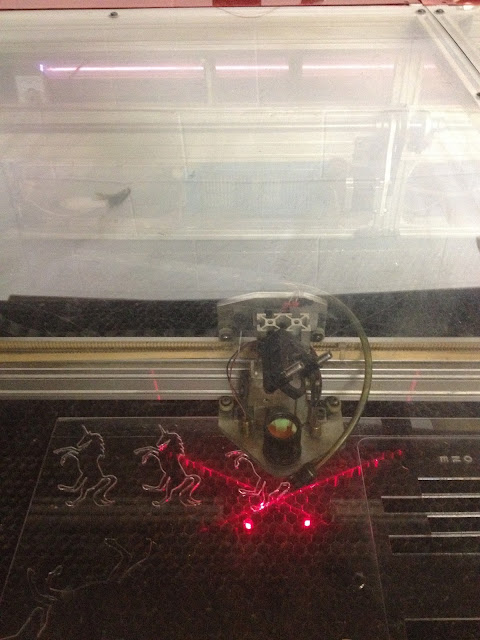 But the glowing pink rod in the background is the working laser itself, which is visible while inside the tube, then invisible as it bounces from mirror to mirror and onto the thing you are cutting. Which, in the picture above, is the third in a line of unicorns. 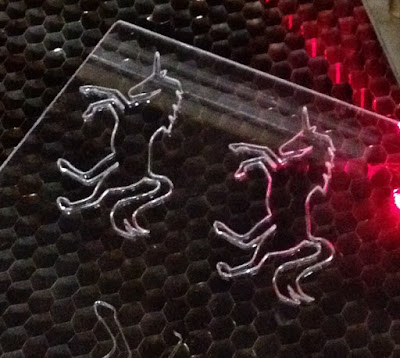 We cut our unicorns out of acrylic, not glass, as it may seem. Apparently any laser strong enough to cut through glass will actually shatter the glass, though a laser can be used at a less-powerful setting to etch designs onto glass.

Artisan’s Asylum, Inc. is a non-profit community fabrication center located in Somerville, Massachusetts. Their mission is to support and promote the teaching, learning and practice of fabrication, and they teach an array of classes, including but not limited to bicycle-building, robotics and electronics, fiber arts, jewelry and metalsmithing, machining, screenprinting, and woodworking… They were super welcoming and friendly, too, so check it out if you live in the area.  #artisansasylum

So, this was our new thing for September! Thanks to our instructor, Brian C. Johnson, who mysteriously knew, before ever he met me, that if I could create any one thing with a laser, it would be a unicorn.