Last week, I was by myself in Vermont, trying to make progress on the new book I’m writing. I had no cell or Internet access, except when I drove into town, which I didn’t do very often. Here’s a view of the meadow I could see as I wrote. 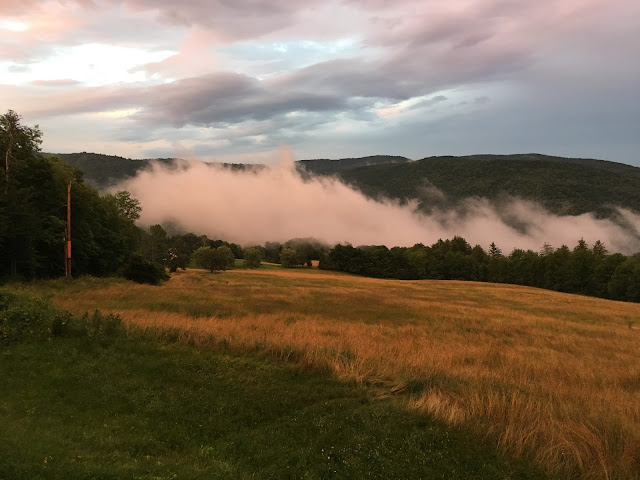 One day, I drove into town and called Kevin, just to check in. I had a long list of questions for him, and things to report to him. He waited patiently. Then, when I finally stopped for a breath, he said, “So, they announced that Peter Capaldi is leaving Doctor Who.”

“Oh?” I said, wondering who they’d chosen to replace him this time. A young white man? An old white man? If they were really feeling like stretching themselves, maybe a Scottish white man? (For those of you who don’t watch Doctor Who, it’s a sci-fi show with a famously gendered power dynamic that has always bothered me. The doctor regenerates into a new body every few years, twelve Doctors so far, and he is always a white man; he’s old, he’s extraordinarily powerful, he’s brilliant, he’s a genius, he’s a tortured hero – and he has a young, innocent, naïve, pretty companion who is almost always a woman. I love this show, but, ICK.)

“Did they say who’s replacing him?” I asked.

Now, I’m not a person who yells very often. But I yelled “WHAT??!!” so loudly that I hurt my own ears. Then I yelled it again.

“I thought you might have some feelings about that,” Kevin said, sounding so happy. Then he told me he’d been hoping that once I got into cell phone range, I wouldn’t start checking all my emails and texts until I’d talked to him, because he wanted to be the one to tell me about it. No one has endured my furious rants about Doctor Who more patiently than Kevin, so I’m glad it was him :).

I’ve been having a lot of thoughts and feelings recently about movies and TV… Because I see some things changing. A lot of things aren’t changing – but some things really are changing. I want to write a blog post about Wonder Woman when I have a minute; there’s so much in that movie that upholds sexist stereotypes, and SO MUCH that challenges them. And I feel like I can say that about so many movies and TV shows recently. Orphan Black. The Force Awakens. Rogue One. 10 Cloverfield Lane. Arrival. Ex Machina. Jessica Jones. And don’t forget that it was only a few years ago that Friday Night Lights showed us that a TV show about high school football players in Texas is actually a TV show about awesome women.

When I got back to the cabin, I drew a picture of the meadow. 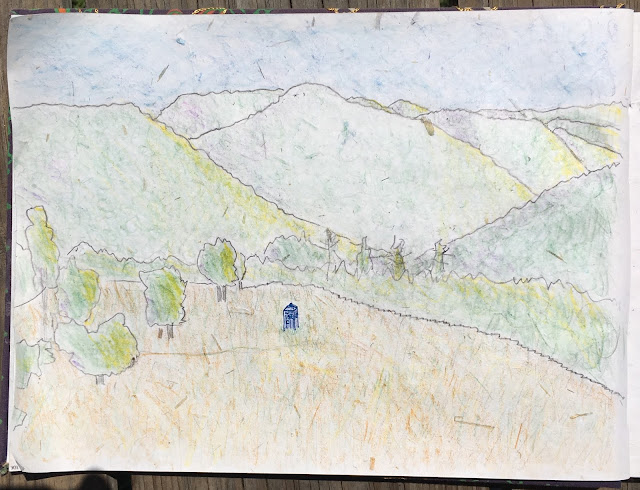 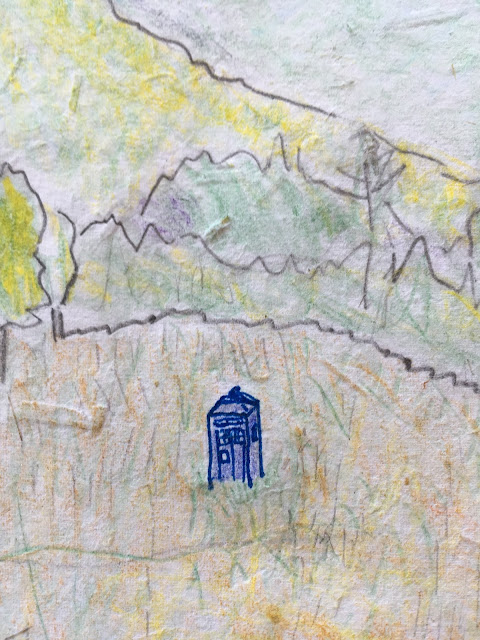 Because for the first time, I feel like I’m allowed in. Here’s the official BBC reveal of Jodie Whittaker as the thirteenth Doctor. People In Charge, please keep listening to smart people ranting on the Internet. Please do not f*** this up for us. Just let her be the Doctor, okay? And keep on keeping on with racial diversity too. Speaking of which, readers, have you seen the new Wrinkle in Time trailer?