I have been working hard on a LONG speech (60 minutes) I’m giving next week in Chicago, and I feel like I should write something here about speech-writing and revising and timing and practicing, but, you know what? I’m too damn tired. Also, I’ve been researching the American health insurance industry and, well, do I need to tell you how mindbogglingly infuriating and dispiriting that is? For-profit health insurance companies make me hope hell exists.

I’m too tired for serious blogging.

Hence! Would you like to see some pictures of my new favorite movie star? 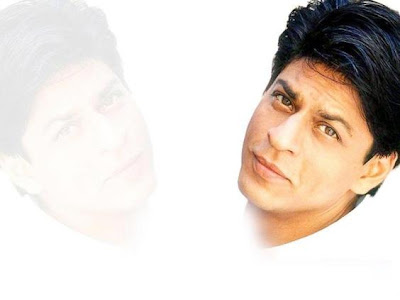 Why do I like Shahrukh Khan? Well, his acting, OBVIOUSLY. Here he is in the role of “Cloned Man Jealously Guarding His Necklace.” 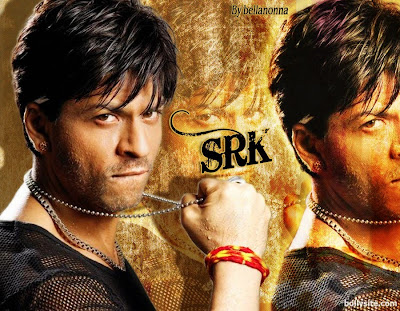 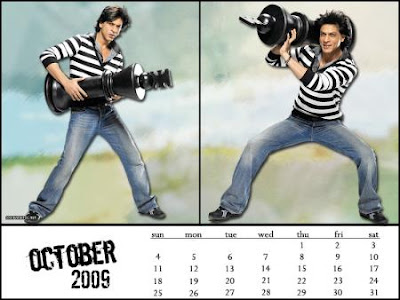 Here he is in the role of “The Bad Boy.” I can tell because it says so on his shirt. In glitter. It is impossible to argue. 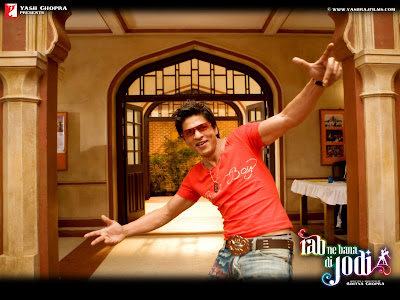 Oh, that’s better. Here he is, my new favorite movie star, in the role of Ram Sharma, kickass army major going undercover as a college student in the movie Main Hoon Na. 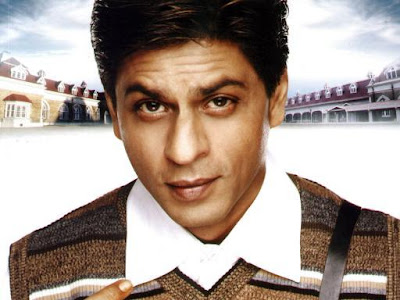 Indian actor Shahrukh Khan, in case you didn’t know, is extremely not in need of the addition of one more person to his fan base, because, as it happens, he is the world’s biggest movie star, with fans numbering in the billions. That’s billions, with a B. But that’s one of the things I like about being a fan. It makes no difference; you love what you love. I’ve seen three movies starring Shahrukh Khan now and find him to be charming and charismatic and very funny as an actor. I recommend all three, even the one of which I want to read a smart and qualified person’s feminist analysis, because WOW was there some interesting stuff going on. It was a sort of Ugly Duckling tale, but the boy was the Ugly Duckling, for once — except that the whole point was that he wanted to be loved for who he really was, not the fake, pretty, sparkly person he became in order to draw the attention of the girl. In the end, he got the girl — who, incidentally, he’d been LYING to for the entire movie — because she fell in love with his Ugly Duckling self. And ultimately, he was allowed to return to his non-sparkly persona. (When does that ever happen to the Ugly Duckling girl?) At least, this was one of my many interpretations of what happened, though of course it depends on my aesthetic (not everyone would have found sparkly Suri more attractive than grim, conservative, mustachioed Suri), plus, I’m conscious of my interpretations being limited by my ignorance of all things Bollywood. Some of the critics had interesting takes. The movie I’m talking about is called Rab Ne Bana Di Jodi and that link includes some talk about the critical reception. (The “bad boy” photo above is the “sparkly” version of the character Suri.)

The other two I recommend are Chak De! India, which I blogged about the other day, and Main Hoon Na, which was one of the silliest movies I’ve ever seen in my life. (I mean that as a compliment.) I suppose you could say that Main Hoon Na is your typical comedic political thriller/action/martial arts/romance/college story/family and relationships musical. You know?

The Big Rig Flyers at TSNY Beantown, also known as my wonderful trapeze instructors, are putting on a free show on Friday, October 29th at 7:30pm. The theme is “Circus of the Living Dead,” more info is on the website here, and the location is the Jordan’s Furniture complex in Reading, MA (right off of exit 39 on 128/I-95).

And! Did you know that PBS is airing a six-hour series on the Big Apple Circus in November?

Have a good weekend, everyone. Next week I’ll be in Chicago and South Bend.