For those of you who read my blog posts via Twitter, sorry if I’ve been flooding you with old posts. The feed I used to use (Twitterfeed) is shutting down soon, so I’ve had to start a new feed (dlvr.it). I’m pretty sure it re-posted a lot of stuff right away. Apologies, too, if new posts tweet twice for a few days. I want to make sure the new feed is 100% working before I cancel the old feed.

So, I knitted someone a blanket last Christmas. It was my first ever non-washcloth knitting project and it was a massive undertaking, not to mention a great success.

And after I gave the blanket to its intended recipient… I missed it. :o)

So I decided to make a blanket for myself, slowly. I’m knitting 63 individual squares, each lined in black crochet. Here’s where I am so far… 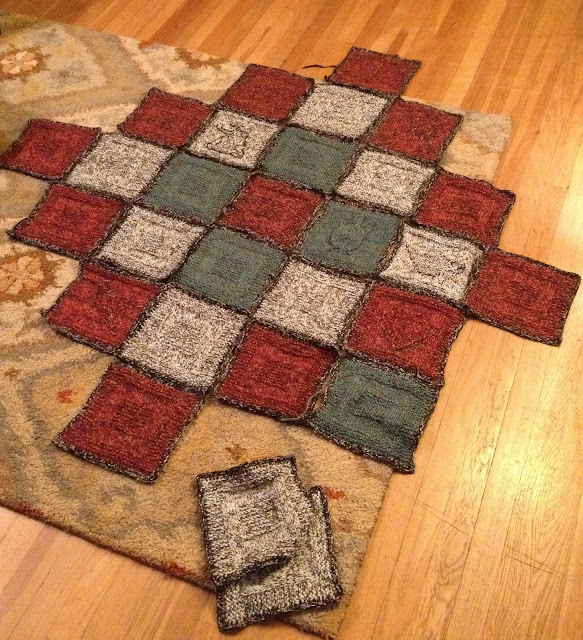 Most of the squares have a simple pattern of vanishing squares. 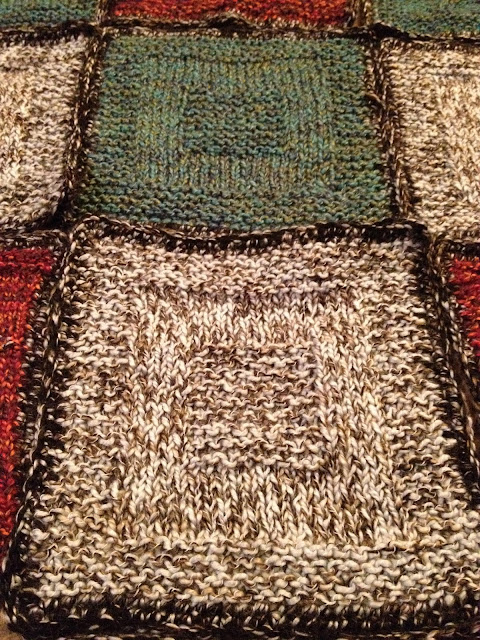 But some of the squares are specialer.

I’m honestly not sure how much I like it. It’s sort of like a book; until I finish it — like, really finish it — I can’t quite see what it is and am mildly suspicious that it’s dreadful.

Which is of course no reason not to proceed.

After that? I am dying — DYING — to get the world’s fattest wool and knit one of these blankets, possibly using my arms as my knitting needles. I have no idea how to do this or what it costs (I can’t imagine that yarn is cheap), and I don’t have time to research it at the moment. But hopefully one of these is in my future.

More irrelevant randutiae when I get a chance :o).