NEVER SKIMP ON YOUR WHITE RECTANGLE.

So, I recently realized that a problem in my house can be solved by getting a new bookcase. I’m very excited to have an excuse to get a new bookcase. It also gives me an opportunity to mention another local indie that I adore, and that you should check out if you live in the Cambridge area: The Door Store, at 940 Massachusetts Avenue, between Central and Harvard Squares. They’re a small, family-run business, and can make certain types of wooden furniture to order. (They made my TV stand and the little table inside my front door to my specifications.) They also have a lot of beautiful handmade furniture lying around ready to be bought. The staff is made up of men and women who are carpenters and who know what they’re talking about. Also, they won’t charge you $400 for a mass-produced white rectangle.

Next, Tui has some lovely vids up on her blog. And I also like this (very funny) video about panic attacks (and also about cheese and Whole Foods ^_^), with Sara Benincasa, comedian, writer, and author of the memoir Agorafabulous!: Dispatches from my Bedroom. Animation by Scott Bateman (and thanks, B!):

Moving on — wanna see my German cover for Bitterblue? 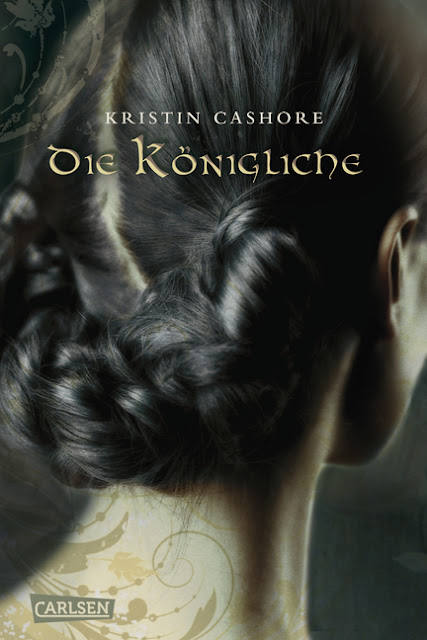 “Die Königliche” means “the queenly” or “the royal one,” which matches the form of the first two German titles (Die Beschenkte — the one who’s been given a gift; Die Flammende — the flaming one). Carlsen always gives me such beautiful covers! The braids are what I love most about this one. No wonder Bitterblue’s head often hurts, with those heavy braids!