Now that the days are growing short and it feels like it’s night most of the time, I love more than ever to look at the pictures from my recent(ish) trip out west.
All these pictures were taken by my dear friend and excellent photographer, codename: The Lovely R. Click any photo to enbiggen.
So, TLR and I live on opposite coasts of the country and don’t get to see enough of each other. We planned this vacation kind of haphazardly. About a year ago, we basically opened our calendars, stuck a pin randomly into the last week of September 2011, and promised each other that we’d get together then. About five months ago, TLR sent me an e-mail saying that her favorite airline was having a special deal on fares to a list of cities, did any of the cities appeal to me? I was like, “Gah, I don’t know, I’ve never been to Salt Lake City, how about there? I can get us a rental car with my airline miles.” We agreed: Salt Lake City, last week of September. Then, literally a week before our trip, I was like, “Huh, I wonder where Salt Lake City is, exactly. Here, I’ll look at a map. Hey, TLR, did you realize that Salt Lake City is driving distance from Grand Teton National Park and Yellowstone?”
In other words, it was some really random, last-minute planning and a whole lot of luck that landed us in one of the most beautiful parts of the country during just about the most beautiful time to be there — the height of leaf-turning season. I won’t speak for TLR, but I can attest that I was completely unprepared for the magnitude of the beauty. Honest to God, it was overwhelming. 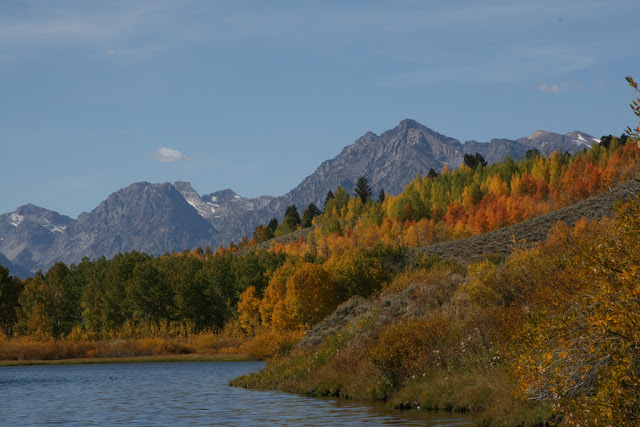 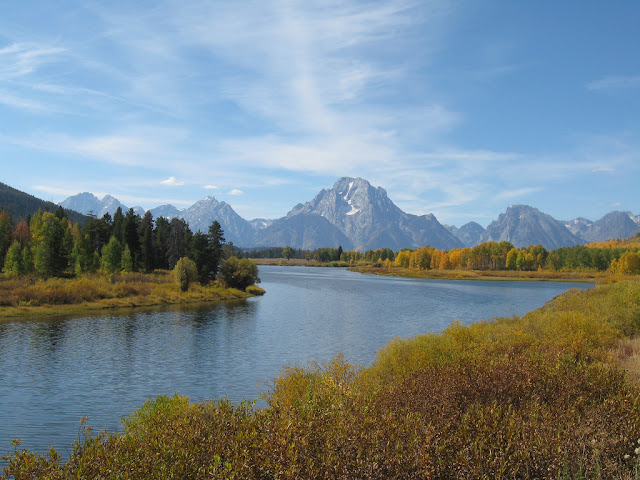 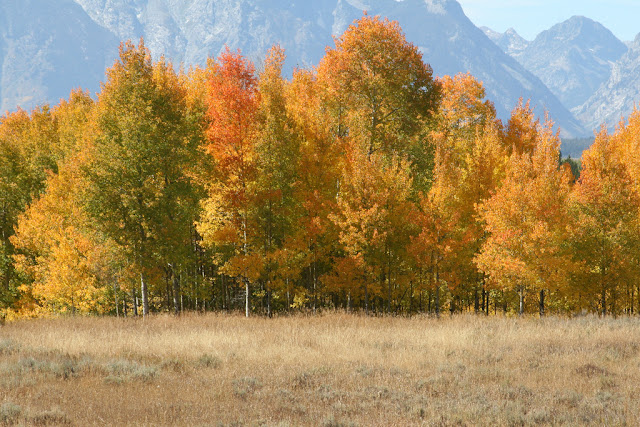 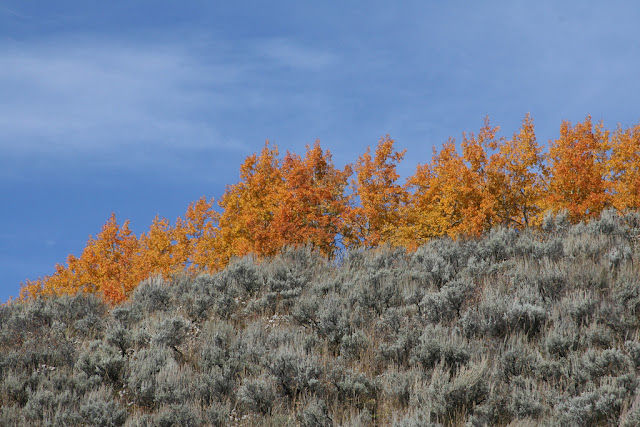 I’m being as selective as I can with these pictures, and it hurts to leave so many out.
Grand Teton National Park is in western Wyoming. A bit north of Grand Teton is Yellowstone National Park, which encompasses an ENORMOUS stretch of land in northwest Wyoming and also a little bit of Montana and Idaho. The pictures I’m going to show you are the barest fraction of the range of natural landscapes we saw at Yellowstone. I’m trying to keep this post from getting out of hand, but it’s almost insulting to these parks to show so little!
In Yellowstone, we saw a lot of what you might call classic, normal, natural gorgeousness.
We saw elk. 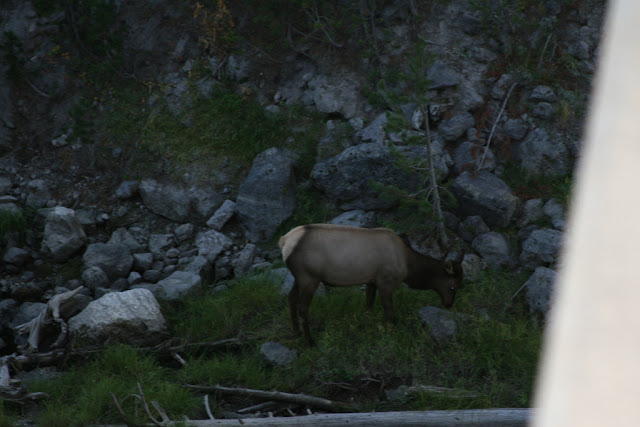 We saw antelope, a wolf, and many many bison. 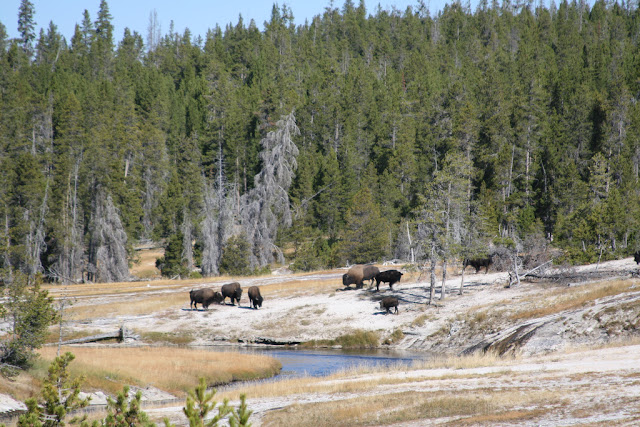 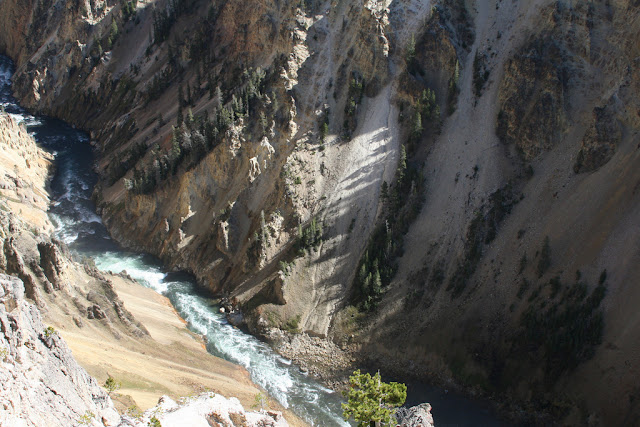 Beautiful. And like I said, pretty normal, right? But Yellowstone actually sits on top of one of the world’s largest active volcanoes, and in various parts of the park, the landscape is SO BIZARRE.
All kinds of weird things are surfacing from the inner depths of Yellowstone National Park.
It’s hard to believe that some of these colors happen naturally. Like, just sitting there on the ground. 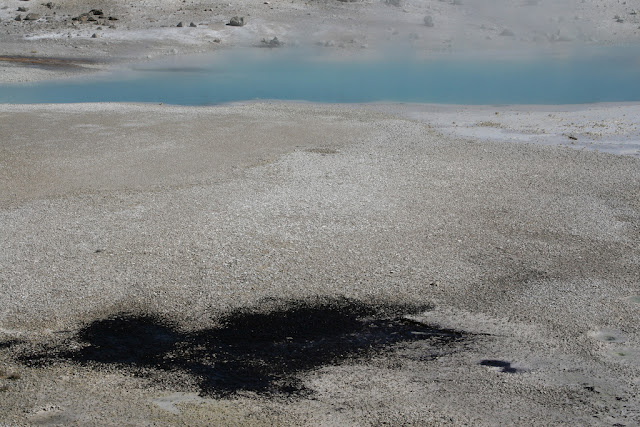 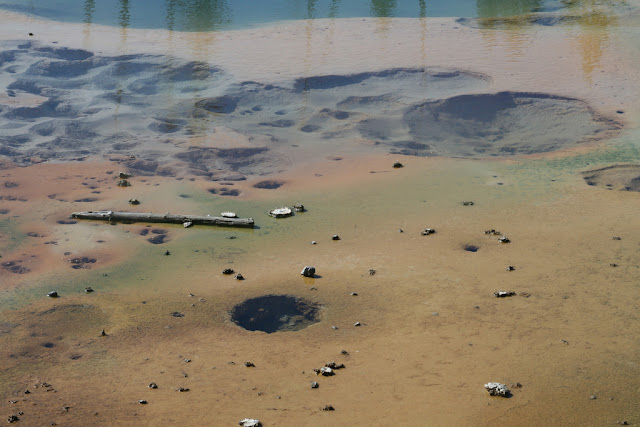 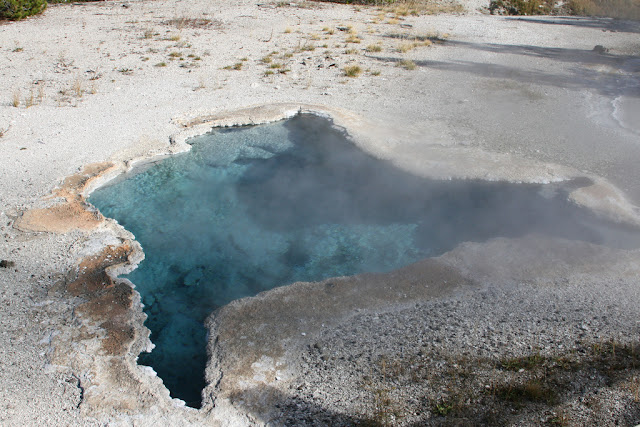 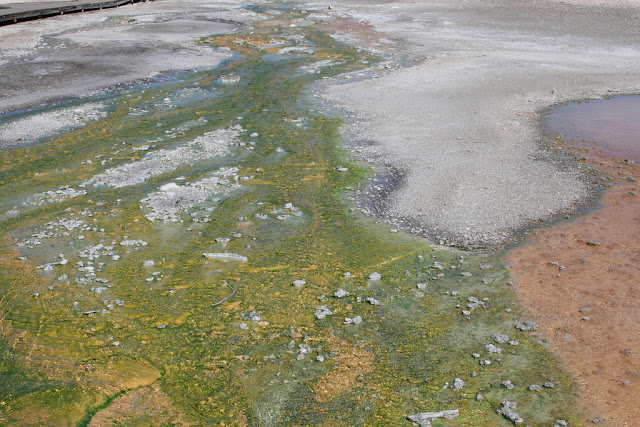 After Yellowstone, we wound our way back down to Salt Lake City, through beautiful Idaho. The gentleness of the landscape was almost a relief to my eyes; like I said before, the dramatic gorgeousness in Wyoming was almost overwhelming. We could see the far distant Tetons from the other side (the western side) as we drove south through Idaho. Beautiful.

Back in Salt Lake City, we visited the Great Salt Lake. 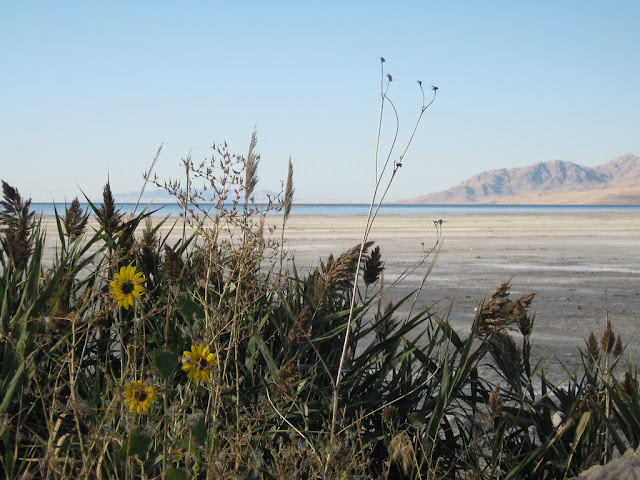 And then, what did we do? Did we get back on the plane? Hell no! Because you know what else is driving distance from Salt Lake City? Zion National Park and Bryce Canyon, both in southern Utah.

But I’m already worried about how much I’m monopolizing your blog readers, so I’ll save that for next Monday. On Thursday, I hope to have time for a post about what I’ve been reading lately — including a book about choosing the right college for some of the stressed out high school students (and parents)  out there.