Last week I did something I’ve never done before. 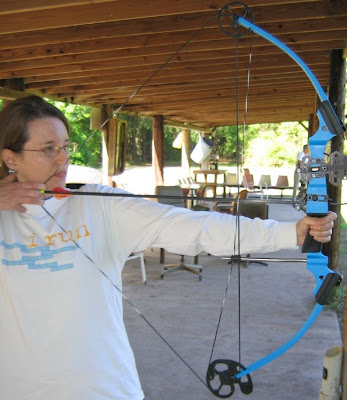 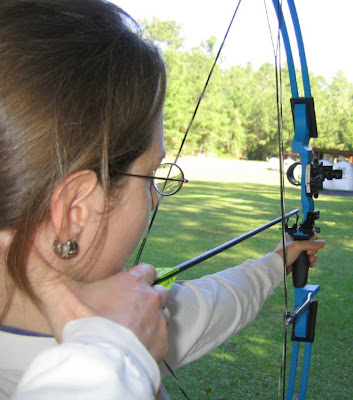 Suffice it to say that I’m neither the next Marian nor the next Daine nor the next Katniss (read all those books!), nor was I able to move my left arm for the next two days; nonetheless, I really liked it, and I want to go again. Thanks to Mr. Charlie Nelson, a kind and patient teacher, and to my outlaw brother-in-law, secret code name: Joe, for having the idea in the first place.
Ladies and gentlemen, I would now like to reveal the Danish cover of Graceling! 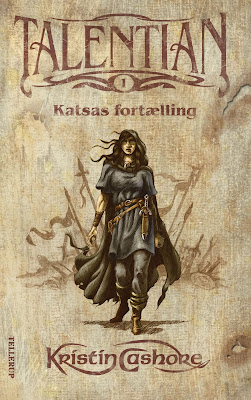 It was designed by Danish artist Bent Holm, and I love it. He did both the illustration and the fonts.

“Talentian” is the closest Danish translation for “Graceling.” “Katsas fortælling” means “Katsa’s story.” And the #1 is because, unlike my other publishers, Tellerup is publishing Graceling in two volumes. Volume One will be released in a month or two, and Volume Two will be released a month or two after that. I’m not positive, but I think the break is just after Chapter 18.
As always, I’d love to hear your thoughts!
I’m planning a Jane Austen-related poll for Monday (which, ahem, some of you have already voted in, because I accidentally posted it for a few minutes yesterday — my bad), so Jane-ites, stick around.