In case you’ve not heard about the libraries devastated by Hurricane Irene, here’s a post from Kate Messner with info about how to help. (Update: this blog post has more, and possibly more complete, information!)

Also, do you have a teeny tiny library in your town? (Thanks, R, for the link.) 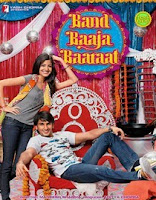 In other news, I recommend the Bollywood movie Band Baaja Baaraat, and think it’s a good movie for anyone who’s never seen a Bollywood movie, wants to try, but doesn’t know what to watch first (along with Main Hoon Na and Dil Bole Hadippa, to name two others). What I particularly like about this one is that not only do I like the female lead (Shruti, played by Anushka Sharma), but I like what the movie does with her. Often I admire the woman’s character but have some lingering annoyance about the role she’s required to play… but this one balanced out for me. It was a fun watch! Now, will someone explain to me why newcomer Ranveer Singh was credited first when Anushka Sharma is already an established star and the story is as much hers as Singh’s? Not as annoying as Shahid Kapoor getting first billing over superstar Rani Mukherjee in Dil Bole Hadippa (when she carried that movie and even played two roles!), but I still call shenanigans.

In a completely different category (beautiful and sad, sad, sad) I watched and LOVED the German movie The Lives of Others (Das Leben der Anderen). A story of the Stasi (the secret police of East Germany) in 1980s East Berlin, and the people they terrorized. Written and directed by Florian Henckel von Donnersmarck, who is, apropos of nothing, rather tall.