Yesterday morning I drove into Arlington, then continued onward with a friend to the Middlesex Fells. The trees are starting to change! So beautiful. And it reminded me that I’ve neglected to announce my plans for later this week in the Berkshires, where we are going to see such beautiful trees…

I’ll be at Williams College, then at Northshire Bookstore in Manchester, VT, with three other Williams grads who write YA, Dayna Lorentz, Caragh O’Brien, and Tui Sutherland. Come join us. 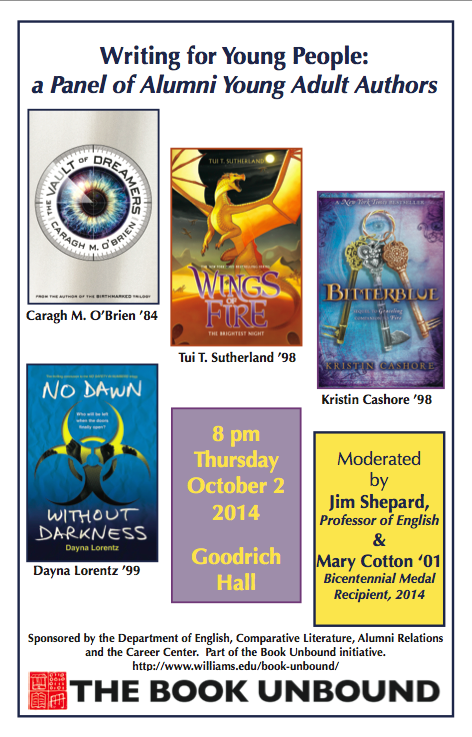