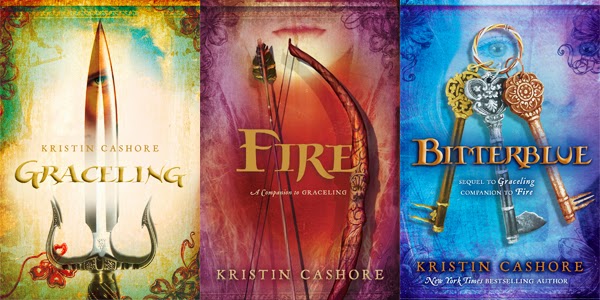 I’ve started writing the post that lists resources about girl and woman superheroes. It’s a bit of a massive organizational project, so I’m not done with it yet, but I promise it’s in the works!

My revision is so structurally challenging at the moment that it’s funny the things I decide to do instead, because they’re easier. Like, make major life decisions. Currently easier than my revision. I’ve finally got some revision momentum, though – this time around, it’s been a long time coming – which reminds me that there’s another post I’d like to write before too long. For the past few months and until rather recently, I was trying to do creative writing work while beset by extreme personal distraction. It was so, so difficult to focus. At some point, when I have the energy, I would like to share some of the techniques I used, borrowed from wise friends or invented myself, to work when I could barely keep my mind on my work. One of the techniques I used at a certain point was to recognize that I’d reached the point of diminishing returns and STOP working. I’d like to say more about that, too – about giving yourself permission not to work, when work is hurting matters more than it’s helping.

This post is neither of those posts. This post is a series of links to some of my most favorite things that I will not be buying on Etsy. :o)

First, however, a warning. BE CAREFUL STEPPING OVER THE ETSY THRESHHOLD. Once you’ve entered, it is hard to leave. Such infinite temptation, such beauty and so many promises. My friend Becca sent me an email the other day with the subject line, “lost in Etsy.” The message read, “have eaten their food and given my name” “send help”

You know not to eat the food or give your name, right? Are you ready to be strong?

I will not be buying this gorgeous blue-green and gold silk 1950s vintage gown on Etsy. But looking at it makes me SWOON. (By the way, if, by the time you click on the link, the dress has sold, and you get a message that says “Sorry, this item has sold,” simply scroll down. Pictures of the dress should appear lower on the page, below the other stuff. This applies to all these links.)

Nor will I be buying this gorgeous blue-gray 1950s vintage cocktail dress with rhinestone buttons, but looking at it makes me want to DIE. Die, I tell you.

I will especially not be buying the best TARDIS dress on all of Etsy (yes, I have looked at them all). But if you have $499 rattling around in your pockets, go for it.

I have, in fact, purchased these sea salt caramels from time to time (both original sea salt and bacon sea salt), and they are divine.  Hopefully this shop, mermaidcaramels, will open again soon for the season.

I will not be buying this angler fish necklace, which might not be to everyone’s taste (some people might find it… ugly and terrifying? Hm) but I think it’s just great. As is this gold snake necklace, this cowfish, this rhinoceros beetle, this rocket ship, this squid attacking a nautilus submarine, and this shark.  Incidentally, with the exception of the rocket ship, these are all animals that you yourself might turn into, one after the other, while in the arms of your lover, who has just pulled your down from your horse in an attempt to rescue you from the clutches of Etsy.

(That was a clever reference to the fairy story Tam Lin. The idea is that Tam Lin is captured by the Queen of the Fairies and his lover rescues him by holding on tight to him while he undergoes all forms of transformation. I recommend the Pamela Dean version (called Tam Lin), which takes place on a fictional college campus in Minnesota in the 1970s. Also, The Perilous Gard by Elizabeth Marie Pope. Also, referenced in my title: “Goblin Market” by Christina Rossetti.)

This has been my browserwindowshopping for the day. Thanks for joining me, and good luck getting out.