Deborah Harkness and I did an event Friday night at a bar called Dernier Bar Avant la Fin du Monde — “the last bar before the end of the world.” 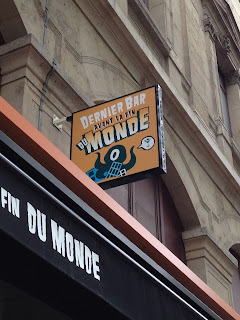 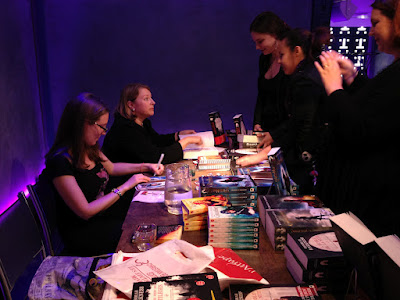 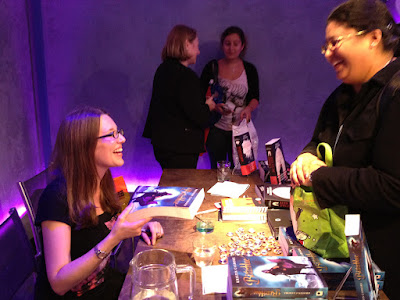 I’m not saying I walked into the men’s room by accident or anything, but if I had, it would have been because the signs were confusing for humans. 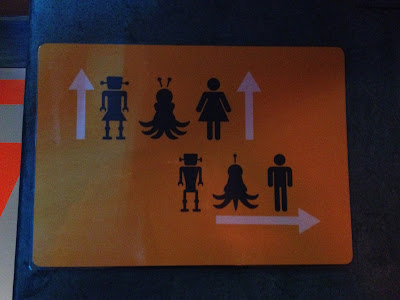 However, Deborah and I were not the stars of the night. That honor went to the cocktails. The bar invented a new cocktail specially for Deborah and one for me. 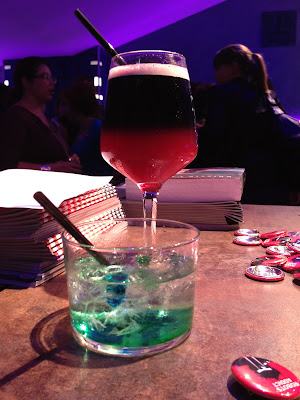 Mine, blue and green like Katsa’s eyes, was minty and had a LOT of rum in it. 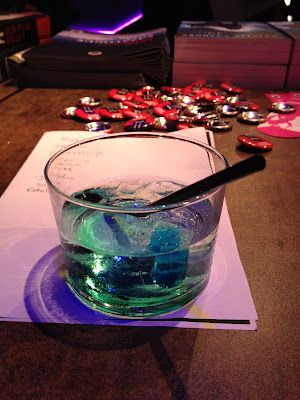 Deborah’s, black and red for witches and vampires, was licoricey on the top and cherrylike on the bottom. And we both photographed it at the same time. I love this picture of Deborah. “How many authors does it take to photograph a cocktail?” she said. 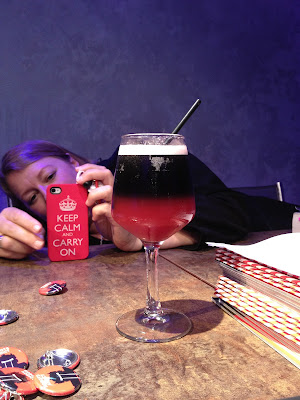 My ice cubes arranged themselves neatly at one point, so I positioned my straw as shown. Everyone agreed it was the spitting image of Katsa. 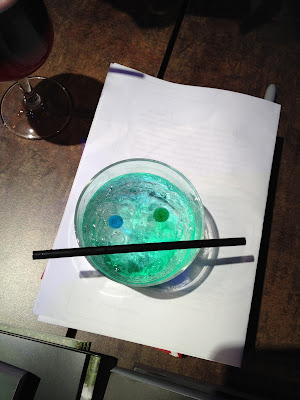 Thanks for a lovely event, everyone 🙂 (And thanks, Lora, for commandeering my phone and taking pics with me in them!)