My friend Rebecca Rabinowitz reminded me in an email yesterday about what Denmark did during World War II. During the Holocaust, when Hitler became interested in Denmark’s Jews, the Danes, at enormous risk to themselves, snuck their Jews into Sweden. Of 7500 Jews, over 7000 were smuggled out of the country. Amazing, the courage, and the determination to save people they considered their own – it gives me hope. Here’s some more information about what Denmark did. Thanks, RR, for the reminder and link.

I have lots of pictures of Copenhagen, and hopefully that will be the next post. (I’m in Madrid now and for the next few days – with Wi-Fi – so that bodes well.) For now, here’s Denmark from the air. 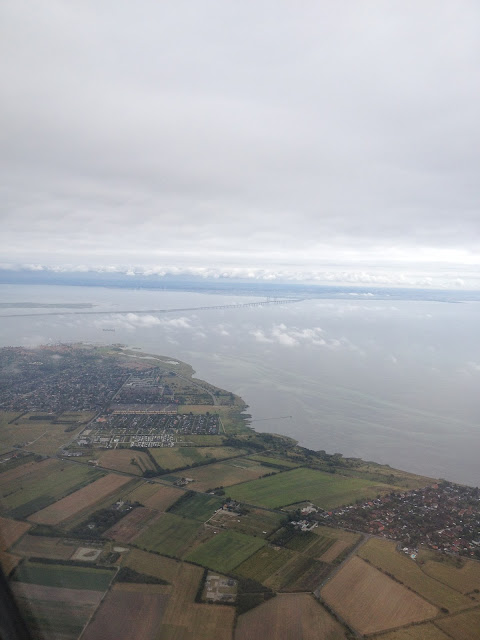