Today Kevin’s game, Starcom: Nexus, releases in Early Access on Steam. It’s a thing of beauty, and also a lot of fun. If you like games that take you into outer space where you get to explore mysterious worlds, build a powerful ship, and explode bad guys, you should buy it, and play it, and let your gamer friends know about it. Yes, I’m biased, but reviewers and streamers  – who are not his spouse  – also love it :o). (FYI those last two links go to youtube streaming vids.) 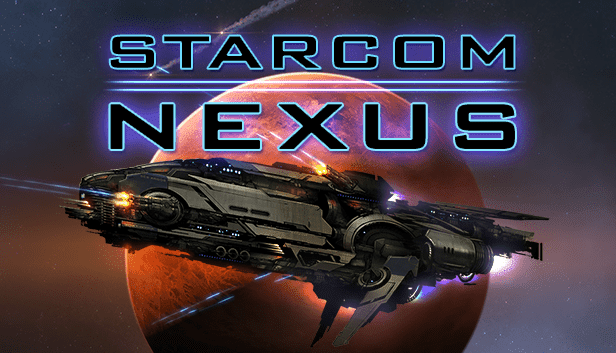 Conversation at the dinner table:

Kevin: How was your day?

Me: Okay, I guess. I still can’t figure out how to get this girl to accidentally set her house on fire, then cause an explosion and get stuck in a window grille.

Kevin: I believe in you.

Me: Thank you. How was your day?

Kevin: Okay. When my enemy ships get within a certain distance of each other, they spontaneously explode.

Kevin: It’s not supposed to happen. It’s a bug.

Kevin: I can’t figure it out.

Me: I believe in you!

There are a lot of similarities between the work Kevin and I do. We both create complicated worlds with characters and plots. We’re both entertainers.

We have some processes in common: for example, we both study the books/games we love, then try to learn from them. We both think about the things we don’t like in other books/games, then try to come up with alternatives we prefer. We both know how to wear the creator hat; then switch to the reader/gamer hat, reading/playing our own project with a critical eye; then go back to the creator hat to fix what isn’t working. We’re both extremely familiar with the phenomenon wherein you change one little thing, then a ripple effect passes through the entire work, complicating/breaking things in ways you didn’t anticipate.

We can also get similarly overwhelmed by our own projects. I’ve talked a lot on the blog about how a book has many parts, and writing a book involves many jobs. Well, a game has SO many parts. It has music and art, visual effects, numerous interfaces, plot and character, mysteries and rewards. It must be able to support and absorb the choices of individual gamers, over which the creator has no control. It has SO many (literally) moving parts!

We also both work by ourselves for years on self-directed projects… then put our creations out into the world, hoping they’ll find the people who will love them.

These similarities are deep. They help us to understand each other’s frustrations and joys, and support each other meaningfully. This is awesome. However, I want to talk a little bit about the differences, which are many.

For example, in my writing career, I have an agent. She connects me to an editor who helps me craft the right words. Then, my editor works with my publisher to create a beautiful physical book, publicize and market that book, and sell that book for me.

An indie game developer, on the other hand, does everything himself, in an extremely saturated market with a lot of roadblocks. He can hire other people to help. Kevin hired a composer and an artist, to help him with his music and his characters (like the Commander and the Ulooquo above). He hired a marketing consultant to do a few things too. But he worked closely with those people, because he knew exactly what he wanted. And everything else has been the work of his own hands. He’s done SO much marketing and publicity work on his own that’s made me appreciate my own marketing and publicity departments even more than I did before. Self-promotion in a saturated market is really, really hard. It’s also stressful for a guy who happens to be humble and was raised with the good-old New England ethos of not bragging about himself :o).

Here’s another big difference: Kevin can release his game while it’s still in production, then use the feedback from early players to shape it and make it better. He can write code into the game that allows him to see how long players play; where they decide to drop out of the game; which options are being chosen more often than others. (He receives this information anonymously, in case you’re starting to worry that he can actually tell what you’re doing inside his game!) As a writer, I definitely don’t know where someone decides to abandon my book. Nor do I want to know, because once people are reading my book, it’s final! If everyone is bailing at a certain point, there’s nothing I can do about it. The words in my book are not going to change. Kevin’s game is more of a living, growing creature, even after it releases, and based on player reactions.

Another big difference is that while I am a wordsmith, Kevin is a programmer. A lot of the time, when I step into his office, he’s working with programming language on his many screens, and I don’t understand the smallest bit of it. My readers read my actual words. His gamers play a game built on a framework of programming that looks and feels very different from the actual game. He also works with a lot of complicated software (like, for 3D modeling) and does a lot of math. He uses trigonometry to [I just asked him to explain it and he said something about spaceships shooting at each other, vectors, and cosines. ???]. I can come home and tell him practically everything I struggled with at work that day. A lot of what he does is too technical for me to understand—though he is really good at creating analogies and explaining things to me when I ask (and when I’m not rushing to finish a blog post!).

Another difference is that he is a visual artist. For example, he created Entarq’s Citadel below, which is one of the worlds his gamers get to explore. 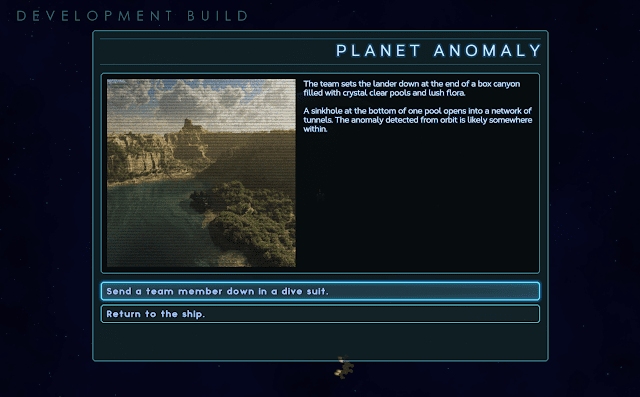 Another difference:  I can do my work anywhere. All I need is my notebook and a pen. Kevin needs his fancy computer and his big monitors. So he works from home. Home office and self-employed means he’s working most of the time. Most mornings, he’s working by the time I get out of bed. By the time I leave for my office, he’s put hours in. I come home and he’s making me dinner; after dinner, he works for a few more hours. I go away on trips without him; he works while I’m gone! I always thought I worked really hard. I have a new standard now.

And now his work has created this beautiful, fun game that’s getting really positive attention from gamers and streamers :o). Today, you can buy it in Early Access, and become one of the players who contributes to what it will ultimately become.

And that’s my little explanation of what it’s like to live with an indie game developer. Check out the links if you’re interested! The trailer is below.