I have another craft post planned for sometime soon… I’m hoping to write about The Housekeeper and the Professor, by Yoko Ogawa, if I can just figure out how to articulate what I want to say. It’s such a beautiful book! One of those rare books I got out of the library, read, then decided I needed to own.

Until then, I wanted to share a little bit of blather about Winterkeep (January 19, 2021), plus display all eight new covers — the new USA and UK covers for Graceling, Fire, Bitterblue, and Winterkeep — altogether in one place. If you don’t care about the blather and just want to see pretty pictures, scroll down.

So. The first few drafts of Winterkeep were written in many, many points of view. It was early days, and I was trying to figure out how to tell the story I wanted to tell. I pretty much allowed anyone a point of view, sort of as an experiment, to see how each character felt, and figure out whose feelings were most important. Then gradually, across revisions, I whittled those POVs down. In its final form, Winterkeep is told from five points of view — and only three of them are human!

One is Queen Bitterblue, whose POV will be familiar to those who’ve read my book Bitterblue. Bitterblue is a little bit older now, twenty-three. She’s always working, always doing the best with the problems facing a young queen, and at the moment, she’s worried about two of her advisers who died mysteriously in a shipwreck in Winterkeep. She’s also worried about a friend, a Keepish man she’s sort-of-maybe romantically involved with, named Katu Cavenda. Everyone says Katu is traveling… so why does it seem like he’s actually disappeared? These questions, among others, bring Bitterblue to Winterkeep, to figure things out for herself.

Another point of view is Giddon, a character who’ll be familiar to readers of Graceling and Bitterblue. Remember what a jerk Giddon was in Graceling? He actually told Katsa once that he was confident she’d want babies someday, because after all, she wasn’t “an unnatural woman.” YUCK!

Then, when I started to write Bitterblue, I discovered that Giddon had evolved. I was touched by the friendship he began to develop with Bitterblue, which surprised me while I was writing. I realized that over the course of the last few years of his life, he’d taken responsibility for his behavior and grown up a bit. After all, he was only eighteen years old in Graceling, and he hadn’t encountered much pushback against his viewpoints yet. I like to think that Giddon paid attention to the good influences around him and rethought a few things. Anyway, now he’s back, and he’s had a few more years to grow up even more.

Another point of view is a Keepish girl named Lovisa Cavenda, age 16, who’s depicted on the USA cover (below). Lovisa’s a sneak and a secret keeper; she’s a manipulator and a survivor. Katu Cavenda’s niece and a student of politics and government at the Winterkeep Academy, she lives in the dorms but sneaks home frequently, spying on her own parents, who are important political figures in Winterkeep. If I had to choose one character at the very heart of this book, it would be Lovisa Cavenda. Through no fault of her own, she finds herself in an impossible situation… Will she find a way out?

Another point of view is a telepathic blue fox, who has a special, exclusive mental bond with Lovisa Cavenda’s mother, Ferla Cavenda. And trust me, though Ferla has a warm hearth and a warm coat with a fuzzy hood it’s cozy to ride inside, Ferla’s mind is not always a comfortable place! The rules of foxkind are fairly strict. What happens to a fox who can’t decide whether to follow the rules?

Finally, my last point of view is a gigantic sea creature with thirteen legs and twenty-three eyes who lives at the bottom of the ocean, protecting her treasures (sunken anchors, sunken human corpses, sunken ships). All she wants is to be left alone… but the machinations of humans and the interests of her undersea world keep interrupting her peace.

Those are my five points of view! Together, they tell the story of Winterkeep, which is, above all, a story of relationships. I hope you’ll enjoy watching these five characters come together.

And now for my shiny new covers.

First up are the USA covers. In the USA and Canada, Graceling is published by Houghton Mifflin Harcourt and Fire, Bitterblue, and Winterkeep are published by Penguin Books. These covers were illustrated by Kuri Huang (@kuri_huang) and designed by Theresa Evangelista and Jessica Jenkins. Shown below in series order. 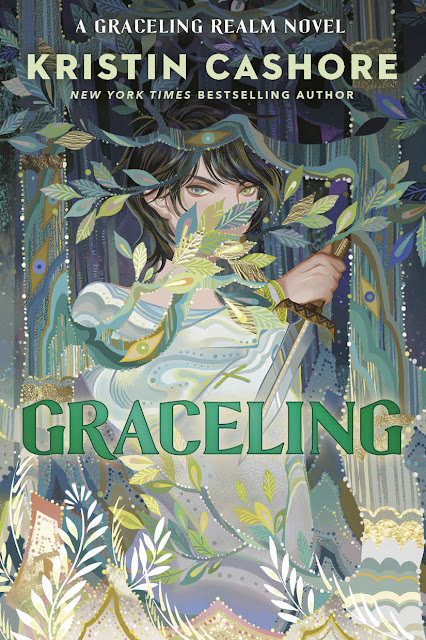 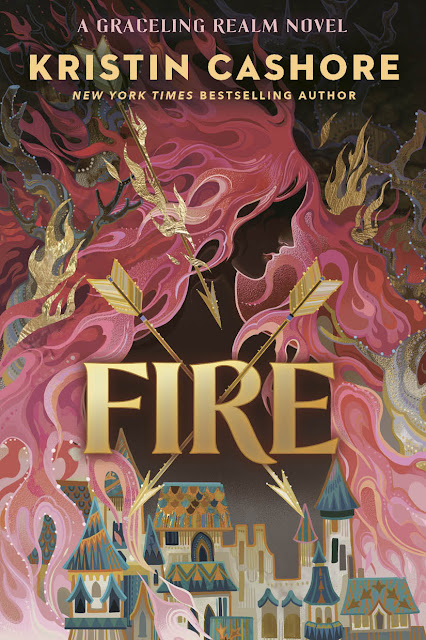 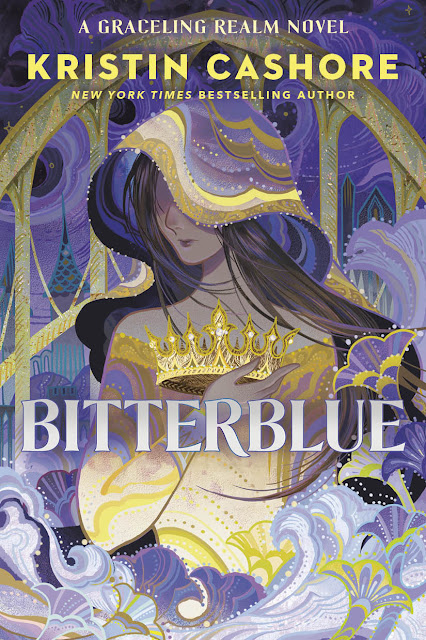 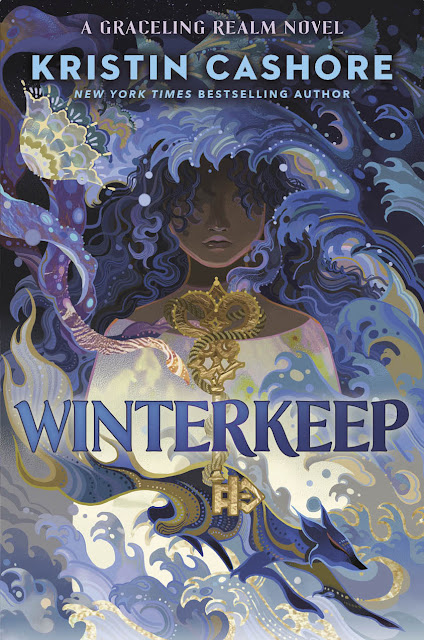 One of my absolute favorite things about this reboot is that both my USA and my UK publishers are updating the series, and both went with a beautiful, rich, textured look — but they’re so different from each other. Below are my new UK covers. In the UK, Australia, and New Zealand, my books are published by Gollancz. The covers were illustrated by Micaela Alcaino (@micaelaalcaino) and designed by Tomás Almeida. 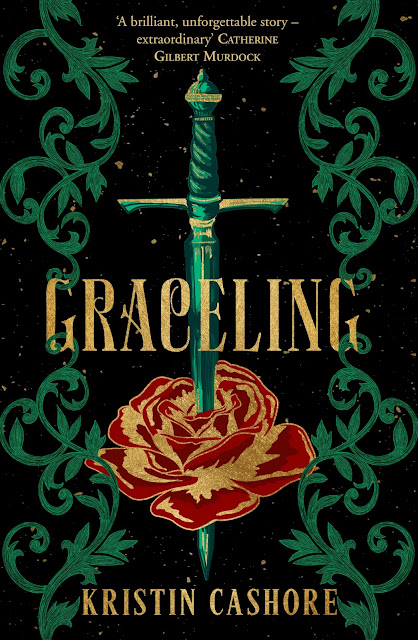 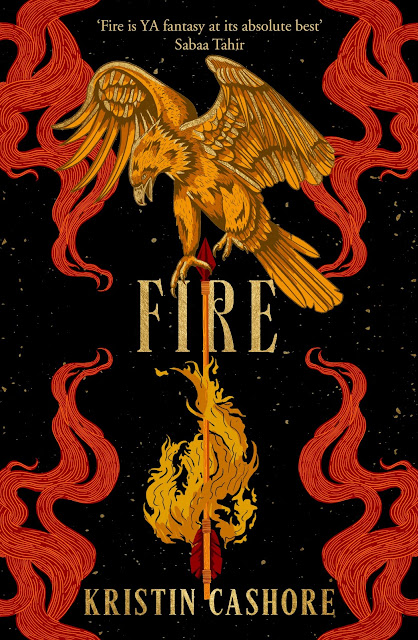 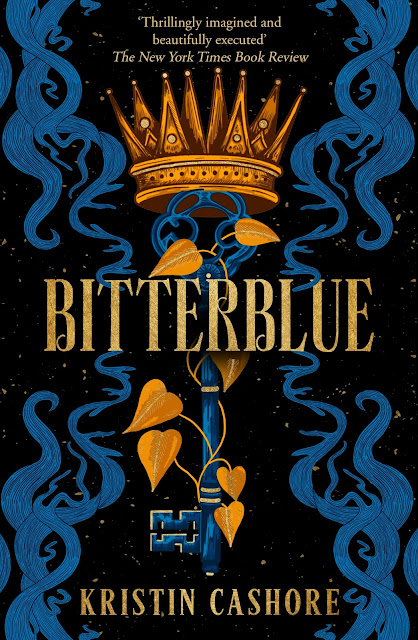 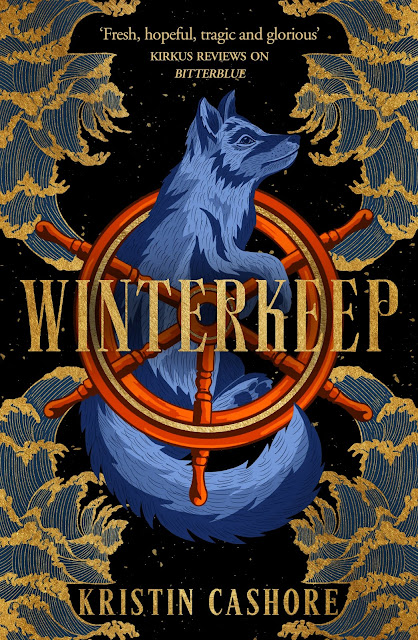 And that’s my update for today. Hope you’re all hanging in there. More soon. 💜