It’s hard to focus on a hard revision when my new home remains chaotic and I could be organizing, cleaning, and hanging up pictures, rather than fixing this book. The news, which is heartbreaking everywhere, every single day, also makes it difficult. But I am focusing and fixing the book, because it feels even more awful not to.

In the meantime, it isn’t all chaos.

Further afield, yesterday in New Jersey, we got together with this distinguished gentleman…

…and totally learned to GOLF.

It was our first time. We started at the driving range, where my dad taught us the basics, demonstrated a few things, then made extremely kind and encouraging comments as it became clear that I CAN’T HIT GOLF BALLS. Oh my goodness. They’re so small and far away!

Oh my goodness. When I actually managed to hit the ball, it would usually go in the right direction, and sometimes it would even have some lift and go a little bit far. But probably 75% of the time, I didn’t even hit the ball. ALSO, TODAY I AM SO SORE. FROM SWINGING VERY HARD AT AIR.

Now, don’t imagine that I got discouraged. I got the ball in the hole eventually every time. Look, here I am lining up my putt! Aren’t you proud of me? 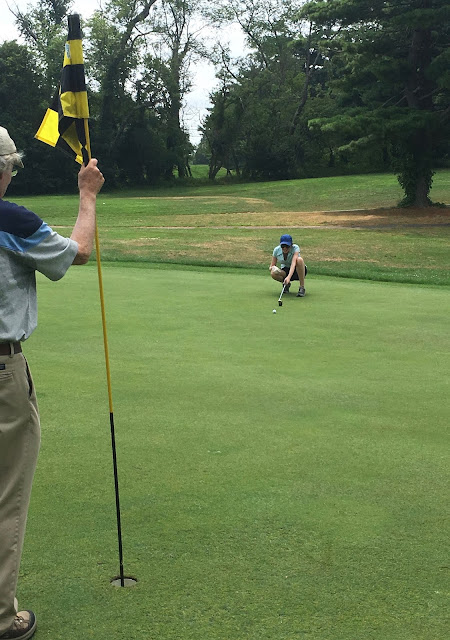 Dad kept getting pars and bogeys (if you don’t know anything about golf, that’s amazing). Kevin consistently scored a few strokes above par on every hole, which is excellent for a first time. I lost track of my strokes on every hole, but listen, I’M A WRITER. This means I’m extremely good at being dreadful at something; working at it stubbornly for a really long time; then eventually becoming slightly less dreadful at it. I’m going to keep trying. I would also like to point out that Kevin was wearing a Pokémon badge. Everyone knows that’s good luck. It was lent to him by my nieces, who don’t care a fig about golf (OR ME APPARENTLY) but had earnest hopes that Kevin would catch some Pokémon on the golf course. No one thought to lend me a Pokémon badge. Humph. Little traitors.

(Hang on, it just occurred to me that they are six and they can read now. Sweethearts: That was a joke!)

(Can you believe they are six? Almost seven! Eek!)

Despite how unbrilliant I am at golf, this was my favorite new thing I’ve done in a while, because, well… we got a golf lesson from my dad. :o) 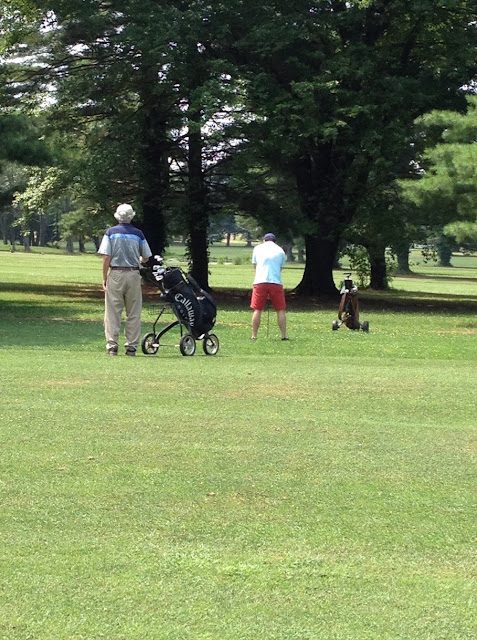 Now I’m home again, and I’ve gotten back to work. My muscles will start to feel better, I’ll continue to chip away at the chaos… and every day, my little night lights will sit in the window soaking up the sun, so they can spend the nights doing this. 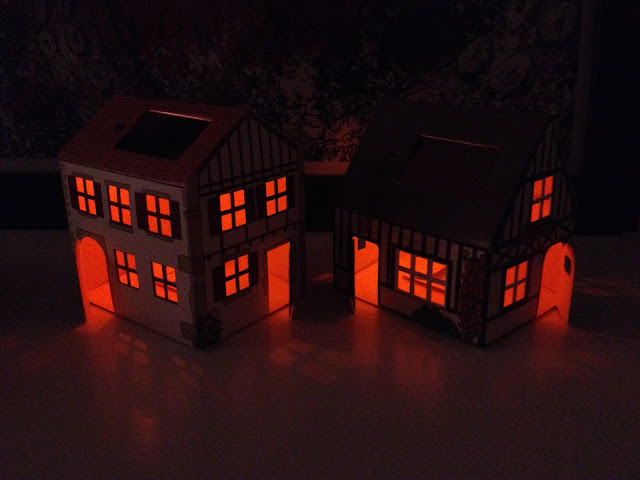