Last spring, while exploring Melbourne together, Rebecca Stead and I determined that we both have the same sense of direction. Namely, none. At one point, we stood on a street corner for some time, trying to figure out where we were and where we were going. Finally, satisfied that we’d worked it out and pleased to be in agreement, we both set off, all enthusiasm — and crashed straight into each other.

I live in a city, and most of the places I travel to these days are cities. But I grew up in the Pennsylvania countryside, in the middle of nowhere. I went on long walks through uninhabited spaces and I saw strange things. A coyote crossed my path. A snake chased me once! One foggy morning I was walking down my own road and a gray horse suddenly appeared on the road before me, riderless, unsaddled and unbridled, completely alone. Of course it wasn’t a wild horse – it had escaped its pen – people’s cows and pigs got out now and then, but this was the first time I’d ever encountered someone’s horse this way.

My parents don’t live in my childhood town anymore. This means that I don’t have my default middle-of-nowhere place to go to anymore, and it’s only occurred to me recently how antsy it makes me never to go to the middle of nowhere. In a book-release year, I don’t have a lot of time for middle-of-nowhere trips. Therefore, I asked a friend recently for recommendations of nature-ish places that are an easy drive from Boston, and a couple weeks ago, I perused the list, then decided to go to the DeCordova in Lincoln.

The DeCordova is a museum with an outside, tree-filled sculpture park, plus lots of woods nearby with unmarked and unadvertised entries and paths. I’d been there once before, years ago, with a couple of friends, K and J; K went for a run in the woods while J and I visited the museum. So I knew there was a way to get into the woods. But I couldn’t remember how, and for some reason, it didn’t occur to me that there were probably 30 people I could’ve e-mailed or called to ask, NO, I was determined to be self-reliant, which means that I arrived at the museum in a slightly unsettled state of mind, suspicious about this sculpture park and prepared to be mutinous – mutinous! – if it was the sort of thing where they were going to try to convince me I was in a natural space when actually the nature was human-designed. Orderly trees, the way they are when humans plant them. Orderly stones, the way they are when humans place them. I wanted real nature, I wanted chaos. I am from the middle of nowhere! I know the difference between pretend chaos and real chaos! DAMN THE DECORDOVA! IT WASN’T GOING TO WORK ON ME!

Then I walked into a forest where knights had died in a battle and understood that I’d had it all wrong. 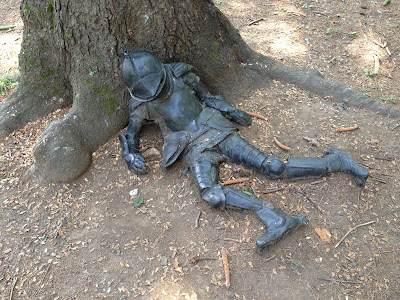 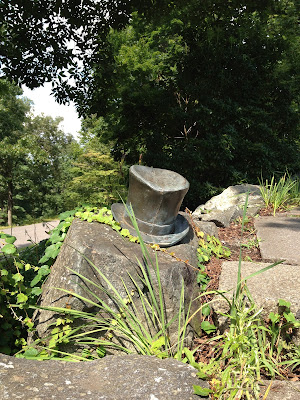 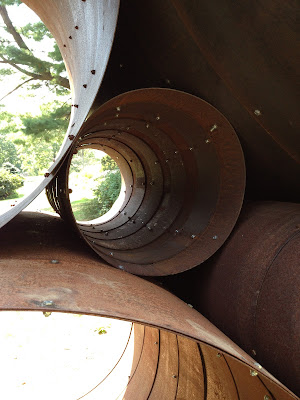 I can do that.

Of course, it wasn’t what I’d come looking for. But at least it made me less antagonistic about the likelihood of finding it.

Understanding this person perfectly, I pulled out my phone and did some googling. And I’m glad I did, because for your information, the trails start immediately at the back of the DeCordova parking lot. And in case the big bosses at the DeCordova want to know which staff person they should be punishing for his or her excellent nonverbal communication, here is a photo of the illustrious person who so guided me: 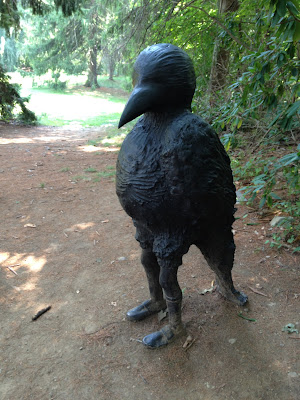 I was probably in the woods for three hours. I didn’t see another soul — astonishing for a city dweller, and such a blessed relief. Trees, dirt, fungus, rocks, water, birds, bugs: It was JUST what I’d been needing.

Though I still didn’t find what I was looking for.

A few things happened in the woods. One is that I forgot to pay attention and got totally and utterly lost. This is fairly typical for me, but it wasn’t worrying; if getting lost had been likely to create worry, I would’ve been more careful not to get lost; this is Eastern Massachusetts, not Maine, I had my phone, for goodness sake, I can walk forever, plus, I knew my ultimate goal was a point southwest. I was letting my thoughts wander. That’s why I got lost. I was following my thoughts, instead of the afternoon sun.

That’s the other thing that happened in the woods: lost, unconcerned about where I was, my thoughts and intentions wandered free. I became a finder and an observer. 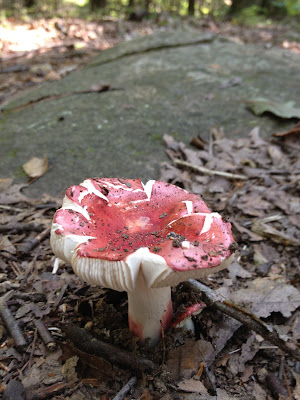 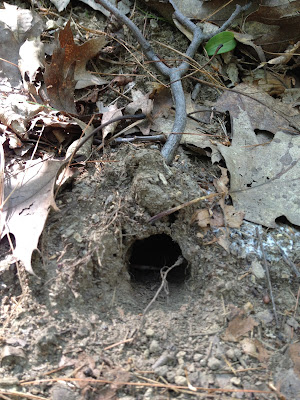 I became a noticer. I noticed that even this most natural patch of woods showed signs of prior civilization. 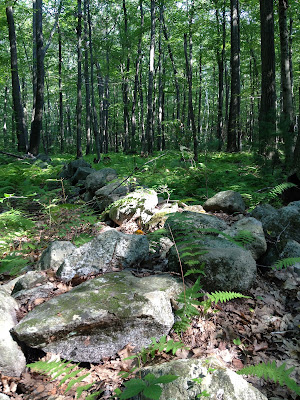 I became a rememberer. I remembered that when I’m in Rome, which has absolutely no logic to its streets, I am never, ever lost; I always know where everything is. It’s grid streets that confuse me; it’s navigating by a map, instead of by a Sense of Where Things Are. I don’t have a bad sense of direction. I have a different sense of direction. (RS, that’s what we’re going to tell people from now on. ^_^)

I became a realizer. I realized that of course I wasn’t going to find what I was looking for in the woods. I don’t even know what that is. What I’m looking for is the answer to the question, “What am I looking for?” It’s a relief to realize you’ve been asking the wrong question.

Finally, the world synthesized itself around me, and instead of a middle-of-nowhere person chafing at the order of the city or a city person yearning for the chaos of the middle of nowhere, I became a person in the world. Because I remembered that cities have their own kind of chaos. And I remembered — I saw all around me — that nature has its own kind of order. 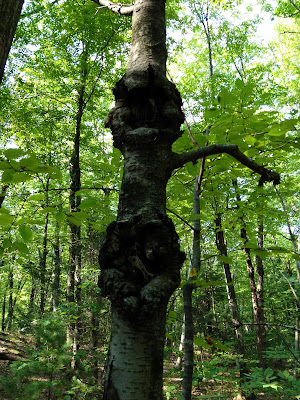 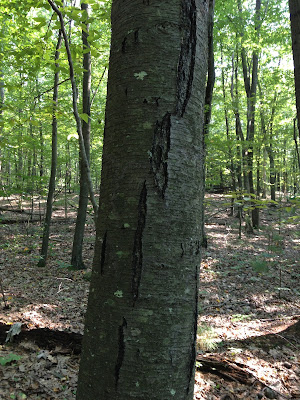 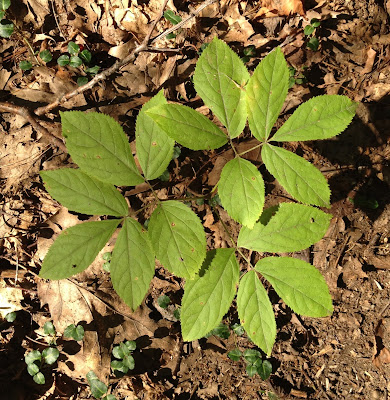 What are you looking for?

To send you on your way: here’s some sunlight dancing on a spider web.