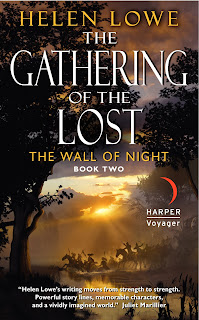 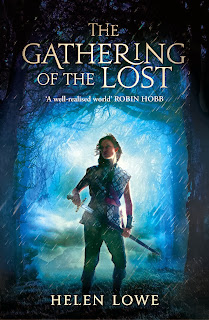 Last year, I spoke with New Zealand-based fantasy author, Helen Lowe, about Bitterblue, an interview that has since been translated into both French and Chinese – probably because Helen asks good questions! Recently, Helen’s novel The Gathering Of The Lost, the second novel in her wall of night series, was shortlisted for the David Gemmell Legend Award for epic-heroic fantasy. Congratulations, Helen!

Authors can always get together and talk. But what if our characters talked to each other? Helen had the idea of writing a guest post for my blog that was a conversation between Bitterblue and her lead character, Malian of Night. The result, which you can read below, is a really nice introduction to Malian and her situation. Thank you for writing this conversation and letting me share it on my blog, Helen!

Bitterblue: Welcome, Malian, to Monsea. It’s wonderful to meet you. You know, in many ways, I feel our situations are similar: you’ve lost your mother and are estranged from your father, and we both feel a strong sense of duty to our people. Do you see those same similarities?

Malian: I think it’s very true that we share a similar sense of commitment and duty to our people, although as yet I am only the Heir to the House (nation) of Night, while you are already a ruling Queen. We have both also, when young, been forced to flee from our homes to save our lives, although you were able to return quite soon when your father died, whereas I remain in exile. In some ways that gives me more freedom to enjoy the kinds of adventures your friend Katsa has – but whether in exile, or on the Wall of Night where I am returning now, the duty to lead and protect my people, and save our world from its enemies, if I can, remains the same.

In terms of our family situations, I feel there are both similarities and differences. You knew your mother, who is now dead, killed by your father’s hand – and I feel for what I know must be your deep grief. I, however, never knew my mother, and grew up believing she was dead. I have since found out that she may in fact have fled from an exile similar to my own, to the ranks of my deadly enemies, the Darkswarm. My father allowed my mother to be exiled, and later exiled me as well, but although he is a stern, unbending man, who holds to the letter of our people’s laws, he is not a cruel or a corrupt one, as your father was. Despite our differences, I still love him.

Bitterblue: I knew that you fled the Wall of Night and have lived in hiding since then, but I thought it was because your life was in danger, as mine was when Katsa fled with me from Monsea to Lienid. I didn’t know that both you and your mother were exiles. So why were you exiled?

Malian: We were both exiled when we developed the old magic powers of our people. These are now forbidden because of what is called the Betrayal War, but was really a civil war between the nations of the Derai Alliance (of which Night is one of nine distinct Houses.) The final act of the civil war was when a magician unleashed a firestorm of magic, immolating friend and enemy alike, and breaking every law in the magic book. Since then its use has been outright forbidden or tightly controlled, which was fine while our enemies appeared quiescent, but presents more difficulties now they’re on the rise again, since they do use magic. Very strong magic in some cases.

I was exiled because of my magic, but the reason I fled Night ahead of that taking effect, was because my enemies were trying to kill me, using magic as well as conventional weapons. It’s even possible that my mother was the person who led the assassins – and they were never going to stop coming so long as they knew where to find me. That’s why I had to disappear and learn to use my power effectively: both to save myself, as well as to – I hope, one day – defeat the Darkswarm before they destroy the Derai.

Bitterblue: You suspect your mother led those who tried to kill you?

Malian: Yes, and I know your father tried to hurt you, too – but I still think that was far worse, because I only suspect it was my mother. I don’t know for sure. And from what we know of your father, he took pleasure in cruelty for its own sake. Perhaps my mother has become like Leck, if she truly has joined the Darkswarm, but from what I have learned she was also very badly treated by Night, so has more cause for her enmity. [She pauses.] But it’s still very difficult to learn that your mother, even if you have never known her, is trying to kill you. I’m not sure I have your courage, either [saluting] to pursue difficult truths to their source. I prefer to focus on the outward action I need to take to save myself and my people: unmasking and thwarting Darkswarm agents seeking to disrupt the wider world, and pursuing my quest to find the three lost weapons of power that once belonged to our greatest hero.

Bitterblue: You remind me of Katsa. She has magic as well, which I don’t, and she has an endless tolerance for adventure.

Malian: I must admit, I admire Katsa immensely and would love to spar with her! We Derai have a fighting style called the Derai-dan, which it would be fun to test against her skills and Graceling ability. While in exile I have also learned other – sneakier, shall we say – skills that would be useful on one of Katsa’s adventures. Yet although I know Katsa is a champion, and has a strong sense of duty, I don’t think it is quite the same as the responsibility of rulership that we discussed earlier, which you and I were both trained to pursue. [Smiles, just a little wickedly.] And like you, I don’t have a Po in my life either.

Bitterblue: Well, as my cousin, Po is in a unique position to make me crazy – but I know what you mean. [Ruefully] I’ve certainly found it difficult to balance being the Queen of Monsea with having friends and any kind of life outside of the work. Is it the same for you?

Malian: It’s true that a life of exile and danger, staying one step ahead of those who want you dead, makes any sort of personal life, let alone committed relationships, difficult! Like both you and Katsa though, I do have some very good friends, who are important to me. These include Kalan, who also has magic power and went into exile with me; the heralds of the Guild, Jehane Mor and Tarathan of Ar, who helped me escape the Wall of Night; and the hedge knight, Raven, who is very useful to have at your back in a tight spot. I won’t say there’s been no romance at all, but a great lady of Night may kiss, but she does not kiss and tell.

Bitterblue: And now my sources tell me that The Gathering Of The Lost, the second book in the series about your adventures, is a finalist for an award called Legend. How do accolades such as this affect your quest?

Malian: It’s certainly a very great honor to considered for an award that celebrates a hero as renowned as Druss, the Legend, and even more so were The Gathering Of The Lost to win. Yet I am sure no one understands better than you when I say that I am held to my current path by duty and honor, but also by the friendships I talked about just now. If I respect those bonds, then I must hold to my path regardless of whether the crown of Legend settles on my brow, or not. Although I must admit that the battleaxe awarded to the victor would potentially be very useful in the adventures I foresee ahead.

Bitterblue: I do understand about the bonds of duty, honor, and friendship – and even about the battleaxe. I’m so glad to meet you in person at last, Malian, and to find out more about you and your life.

Malian: Thank you, Bitterblue. [Bows.] I am honored to have been your guest, and greatly enjoyed our conversation. 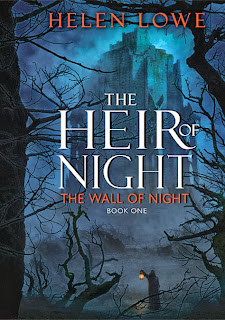 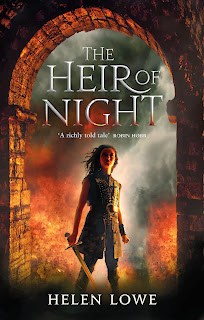 To find out more about Malian of Night and her chronicler, Helen Lowe, you can visit Helen’s website or “…on Anything, Really” blog.

You can also read Helen’s finalist’s interview on the Gemmell Awards’ site, here.

If you wish to vote for the Legend Award, the site is here. 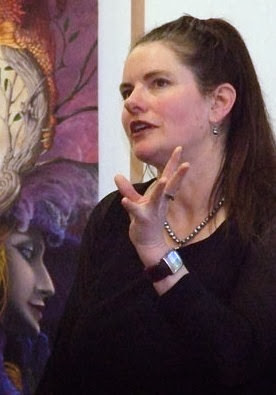